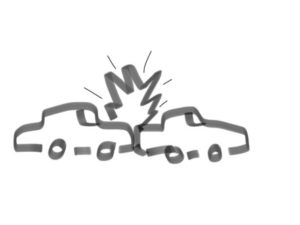 Why mistakes in Intelligent Systems are so damaging

Intelligent experiences succeed by meshing with their users in positive ways, making users happier, more efficient, helping them act in more productive ways (or ways that better align with positive business outcomes).
But dealing with Intelligent Systems can be stressful for some users, by challenging expectations.
One way to think about it is this: Humans deal with tools, like saws, books, cars, objects. These things behave in predictable ways. We’ve evolved over a long time to understand them, to count on them, to know what to expect out of them. Sometimes they break, but that’s rare. Mostly they are what they are, we learn to use them, and then stop thinking so much about them.
Tools become, in some ways, parts of ourselves, allowing us powers we wouldn’t have without them.
They can make us feel good, safe, comfortable.
Intelligent Systems aren’t like this, exactly.
Intelligent Systems make mistakes. They change their ‘minds’. They take very subtle factors into consideration in deciding to act. Sometimes they won’t do the same thing twice in a row, even though a user can’t tell that anything has changed. Sometimes they even have their own motivations that aren’t quite aligned with their user’s motivations.
Interacting with intelligent systems can seem more like a human relationship than like using a tool.
Here are some ways this can affect users:
Confusion — When the intelligent system acts in strange ways or makes mistakes, users will be confused. They might want to (or have to) invest some thought and energy to understanding what is going on.
Distrust — When the intelligent system influences user actions will the user like it or not? For example, a system might magically make the user’s life better, or it might nag them to do things, particularly things the user feels are putting others’ interests above theirs (e.g. by showing them ads).
Lack of Confidence — Does the user trust the system enough to let it do its thing or does the user come to believe the system is ineffective, always trying to be helpful, but always doing it wrong?
Fatigue — When the system demands user attention, is it using it well, or is asking too much of the user? Users are good at ignoring things they don’t like.
Creep-o-ville — Will the interactions make the user feel uncomfortable? Maybe the system knows them too well. Maybe it makes them do things they don’t want to do, or post information they feel is private to public forums. If a smart TV sees a couple getting familiar on the couch it could lower the lights and play some romantic music — but should it?
If these emotions begin to dominate users’ thoughts when they think about systems built with AI — we have a problem.

Getting Ready for Mistakes in your own Intelligent System

So is it time to give up?
No way!
You can take control of the mistakes in your intelligent systems, embrace them, and design systems that protect users from them.
But in order to solve a problem, you have to understand it, so ask yourself: what is the worst thing my Intelligent System could do?
Maybe your Intelligent System will make minor mistakes, like flashing a light the user doesn’t care about or playing a song they don’t love.
Maybe it could waste time and effort, automating something that a user has to undo, or causing your user to take their attention off of the thing they actually care about and look at the thing the intelligence is making a mistake about.
Maybe it could cost your business money by deciding to spend a lot of CPU or bandwidth, by accidentally hiding your best (and most profitable) content.
Maybe it could put you at legal risk by taking an action that is against the law somewhere, or by shutting down a customer or a competitor’s ability to do business, causing them damages you might end up being liable for.
Maybe it could do irreparable harm by deleting things that are important, melting a furnace, or sending an offensive communication from one user to another.
Maybe it could hurt someone — even get someone killed.
Most of the time when you think about your system you are going to think about how amazing it will be, all the good it will cause, all the people who will love it. You’ll want to dismiss its problems; you’ll even try to ignore them.
Don’t.
Find the worst thing your system can do.
Then find the second worst.
Then the third worst.
Then get five other people to do the same thing. Embrace their ideas, accept them.
And then when you have fifteen really bad things your Intelligent System might do, ask yourself: is that okay?
Because these types of mistakes are going to happen, and they will be hard to find, and they will be hard to correct.

Random, low cost mistakes are to be expected. But when mistakes spike, when they become systematic, or when they become risky/expensive you might consider mitigation, common approaches include:
An active mistake mitigation plan can allow the rest of your Intelligent System to be more aggressive — and achieve more impact. Embracing mistakes, and being wise and efficient at mitigating them, is an important part of creating systems that work in practice.
You can learn much more in the book: building intelligent systems. You can even get the audio book version for free by creating a trial account at Audible.
Also, check out my friend’s small business, which is currently being seriously affected by mistakes in a big company’s AI systems https://togethermade.com/.
Post Views: 993